5 New Types of Content for the Future of Marketing

HomeMarketing5 New Types of Content for the Future of Marketing 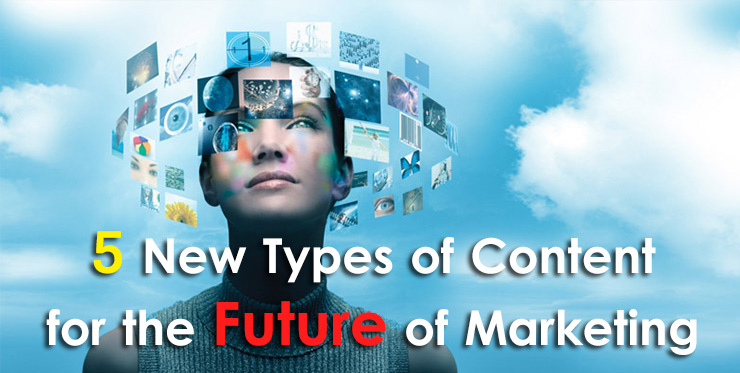 Every search marketer knows that a good SEO strategy rests on the strength of its content. In the past that has meant a compelling article, likeable image, or viral video, but in the future there may be other types of content to consider. Savvy brands will keep an eye on the following five emerging content types to determine when it makes sense to integrate these new formats into their existing search campaign.

Those of us who attended SXSW this year couldn’t avoid the buzz around Meerkat, the livestreaming app that lets your friends see what you see in real time via Twitter.

Of course, the Meerkat team’s high of winning SXSW was quickly dashed by Twitter’s move to limit their app’s access to Twitter’s social graph in favor of a competitor, Periscope, which Twitter recently acquired. And since we live in the world of technology copycats, it’s only a matter of time before Facebook updates its app to introduce livestreaming to its billion-strong member base.

No matter which app or platform ends up dominating livestreaming action, one thing for sure is that billions of livestreams are going to make their way in front of consumers’ eyeballs this year, and marketers should be thinking about how to react to this new content type.

One of the most obvious plays for brands is to encourage consumers to livestream their product experiences. For example, if I managed a clothing brand, I would have my retail stores encourage, and maybe even incentivize, livestreams while consumers shopped for clothing. You know, getting their friends to weigh in on what outfit to buy, that type of thing.

This goes the same for musicians, sporting events, tourist destinations, art galleries, bars, and just about any physical location that sells an experience.

Incentives could be as simple as, “tag us while you livestream, and get 10 percent off your purchase.” Or you could train and equip retail managers to deploy a “surprise and delight” campaign if they catch a customer livestreaming their experience.

I think we’ll also see brands start asking Influencers to use livestreaming to promote their product. It’s a slight twist on a product review, but the new medium will certain attract a level of excitement that could help a run-of-the-mill review go viral.

Augmented reality adds an additional dimension to our environment by overlaying virtual elements onto our physical surroundings. A great example is a piece of virtual clothing you can “try on” without having to go to a store.

If you’re a clothing brand, that means your online asset library should now include high- resolution virtual products, not just product images and videos. Of course, those virtual products will need to have some meta data associated with them such as price, colors, sizes, available inventory, materials, washing instructions, sale information, etc., and this is just the beginning. What about friends who own the same outfit, discounts for sharing the outfit with your followers, social contests for who would wear it best, recommend accessories, seasonal color guides, skin tone guides, matching shoes recommendation — the possibilities are endless.

Similar to augmented reality, virtual reality (VR) can provide users with a virtual product experience. However, virtual reality goes a step further by removing the user from the physical world, and immersing them in a completely digital world.

Keeping the clothing brand example going, a brand could design a holistic virtual shopping experience where a consumer could meet up with others within the same virtual store for a private shopping trip with real commerce taking place. This is the likely future of e-commerce online.

Of course VR content extends beyond shopping. Think of how many hair tutorials the average shampoo brand uploads to YouTube. All those tutorials can now be 3-D virtual experiences where the consumer stands behind the virtual shoulder of a professional beautician in their LA salon as they style a favorite celebrity. Or the consumer can join a makeup artist on the set of a new movie as they prep a star for their next scene.

If you thought getting a few thumbs up on a video was “engagement,” wait until VR goes mainstream.

What’s old is new again. Podcasting has come back in a big way, in part thanks to the rise of smartphones.

I used to listen to music on my commute or when working outside in my yard. Now I’m just as likely to listen to a few episodes of my favorite podcast. And I’m not alone; according to research put out last year by Edison Research and Triton Digital, 39 million Americans listened to a podcast in the last 30 days. That’s 15 percent of America, and it’s growing by 25 percent a year.

Brands will go where the consumers go, and consumers are flocking back to podcasting. Savvy brands will get a head start on the stampede, and will begin building their audience before the channel becomes saturated with competition.

If injecting tiny robots into a body to control and repair cells sounds like science fiction, that’s because it is. But it also happens to be reality for the U.S. military. According to Entrepreneur, the military has the technology to wirelessly control miniature robots inside the body.

The immediate use case is to repair damaged nerves and cells, but given a few decades of nanobot innovation, it wouldn’t surprise me if nanobots could deliver messages directly to your brain in the form of images, sound and other stimulations.

Could you imagine a world where your nanobots could sync with someone else to wirelessly deliver a message by just thinking? As marketers, the possibilities of that world is almost too endless, and frankly, too scary to delve into. Let’s just say that we’ll have plenty of time to figure out how to create nanobot-delivered content before it’s ever approved for marketers.

5 Mistakes to Avoid When Deploying Analytics

Building the Digital Marketing Agency of the Future