How can marketers combat the mobile ad
viewability issue? 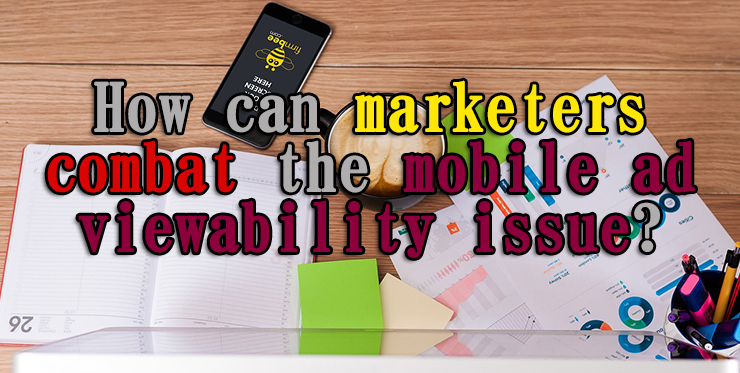 The amount of money mobile marketers lose due to a lack of viewability is substantial, but unsurprising. Awareness of the imperfections within current industry standards can help limit losses.

Mobile marketers lose $20 billion a year due to a lack of viewability, according to new research by mobile ad tech company S4M. Twenty billion dollars can buy you about 37 hours worth of Super Bowl advertising. In other words, a ton of money. How can brands lose less of it?

A look at the numbers

From January through June, S4M looked at 30 mobile campaigns, examining more than one billion impressions in both HTML5 and static formats. The company found viewability issues in nearly 20 percent of the ads in the HTML5 format, which were not seen or closed before being displayed. In the static format, almost 40 percent of ads were shown in unfavorable contexts – something like an ad for Delta next to a news item about a plane crash.

The two ad formats suffered an 8 percent loss in viewability as a result of wrong display environments, meaning that the ads hadn’t been played properly.

For Fred Joseph, chief operating officer at S4M, the most surprising thing about these numbers is how unsurprising they really are. He thinks the poor numbers were to be expected, given the state of industry standards. The Interactive Advertising Bureau (IAB) defines a viewable impression as an ad with a minimum of 50 percent of pixels in view for at least one second.

“The only way forward is to raise the standard. For me, the standard cannot be anything other than 100 percent of pixels downloaded, plus one second for the ad,” says Joseph, adding that, “It is common sense.”

The problem with mobile viewability

Part of the issue is rooted in mobile’s relative newness and complexity, as compared to desktop. This quandary came up in an Advertising Week session on mobilizing data; marketers are used to cookies and are still learning to navigate the mobile space.

It’s not that the IAB is satisfied with the current state of viewability, as the organization has stated that the measurement standards and technology are still evolving. The Media Rating Council (MRC), which originally developed the industry standard, called the notion of 100 percent viewability “unreasonable” for the time being.

It doesn’t help that after being beaten over the head with the notion that this is the year of years for mobile, many marketers rush into the space with a little too much enthusiasm.

“Some advertisers are quick to jump on the mobile bandwagon with little to no thought into the execution or thinking through the best way to enter into the mobile universe,” says Allie Vadas, PPC director at digital agency Jellyfish Online Marketing. “There are tons of advertisers who are on mobile just to say they are on mobile, but there are few that are on mobile and doing it well. Few – if any – have figured mobile out.”

Ideally, the industry will improve its standards. It’d be best for everyone; leveling the playing field for the smaller businesses, and minimizing losses for the giants who are the ones hemorrhaging the most money.

Though 100 percent viewability is a work in progress, it obviously can’t happen overnight. And it would be unwise for any advertiser to expect that it will happen in the near future.

Here are five actions you can take in the meantime:

Mobile is a relatively recent addition to the marketing mix – it wasn’t that long when our phones’ primary functions were playing Snake and actually calling people. So while 100 percent mobile ad viewability is the ideal and the eventual plan, we’re just not there yet and it will most likely be a while until we are.

So for now, keep the industry’s limitations in mind and use them to influence your mobile marketing, such as paying for impressions that are served and measured, and avoiding using multiple measurement vendors to decrease variances. Remember: 37 hours worth of Super Bowl ads.

Why I emailed a Dog