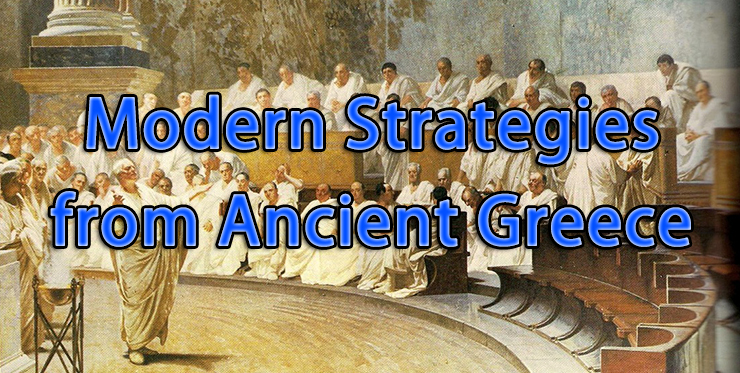 he Ship of Theseus paradox is also an allegory for the flux in expectations in the marketing industry. How can altering the trajectory of brand strategy impact reputation and revenue?

American chief marketing officers (CMOs) appear to have a big appetite for change in the coming year. New results from The CMO Survey indicate a strong intent – 37 percent more than last year – to take on riskier growth strategies aimed at selling new products to new consumers.

If you’re slogging away inside an organization that still sees mobile, digital, and social as untested territory, this should be a sign of hope. More specifically, it’s a sign that large companies are thinking more like start-ups and evoking the behaviors of a pivot: a strategic course correction meant to change the trajectory of a company.

Successful pivots are the stuff of legend. Instagram began as a Foursquare-like check-in app. Lyft started as a student carpool resource. Twitter, on the cusp of yet another reinvention, originated as a podcast service. And on a much larger scale, Samsung is making a massive shift from mobile to the Internet of Things.

For marketers with a head for brands, the idea of start-up-like shifts raises a question: if a brand changes its core offering and marketing approach gradually to the point where nothing of the original remains, is it still the same brand? Will a state of constant reinvention leave your brand adrift at sea?

From a brand perspective, the answer is often yes. Remember when the Hostess company – and its beloved Twinkie – closed its doors in 2012? The organization failed, but nostalgia for the brand brought it back. It’s now under new management with an entirely new factory, distribution process, and consumer target. And it’s become a $2 billion company. Few of the original pieces remain, but the Twinkie lives on.

At the other extreme, a successful company may change its stripes and still not find strong brand footing. Nokia retooled its product focus many times over, but even under Microsoft, the brand has been unable to reverse its market share slide.

Taking the idea of constant change to an extreme can lead to its own set of problems. We can sometimes become as enamored with the individual planks of the ship than the idea of the ship itself, chasing the latest metric, strategy or technology because it’s shiny and new. In the process, we may overlook the lasting, intangible essence that makes our brand unlike any other.

“The Ship of Theseus” also raises the question of Theseus himself. He was quite the badass: a heroic king of Athens and slayer of the Minotaur. His strength and vision is what inspired and motivated his followers to preserve his ship for hundreds of years.

Maybe you’re frustrated being inside a company culture stuck in the past. Or you’re concerned that the influx of new channels and tactics threaten the essence that makes your brand special. Either way, there are a few takeaways from the paradox that may help:

When thinking about how to keep your brand current in seas of change, consider a deliberate renewal one piece at a time. Eventually, with care and collaboration, you just might have a new ship on your hands.

9 of the best SEO tools to boost your SEO efforts